Elm Europe will be a two-day conference dedicated to Elm, taking place at the EFREI Engineering School in Villejuif on June, 8-9th 2017.

If you need Elm developers, please go to our job board : https://elm.jobboardmaker.com/job_offers

The mobile app for Elm Europe is up for iOS et Android:

Author of Elm in Action

Frontend developer at NoRedInk, specialising in Elm and ops. It’s my job to make sure that our Elm is compiling, the tests are passing, and to ensure that any time anyone gets blocked or stuck with Elm, unblock them.

Robin used to be a web developer in Norway. Currently he studies radiographic imaging, but still dabbles in Elm in his free time. He is the maintainer of elm-community/dict-extra, and is the developer behind the new array implementation in Elm.

CTO and co-owner of @Gizra

Josh Steiner is a developer at thoughtbot, maintainer of the Elixir library ExMachina, and author of Testing Rails. His current interests include Elm/Native, Elixir, and Haskell.

I work at Pivotal, specifically on Tracker, which is now happily using Elm in production after some heavy-duty evangelizing on my part. I also run the Denver Elm Developers meetup group, hosted at Pivotal, and I have been making Elm tutorial videos for SitePoint’s upcoming premium Elm course.

My wife has said, “Why can’t you speak somewhere cool, like Paris!” So I am delighted for this opportunity now!

I am a highly driven technology aficionado with a particular love for the web, snowboarding, and a ridiculous pursuit of endless new hobbies.

I believe technology should make life simple and joyful, and I enjoy being able to prove so.

I’m an Australian currently living in London with my wife, working for locomote.com as Head of Technology, where we can almost say we have Elm in production!

Matt is a Developer-in-Residence at Cornell Tech who loves fast, unbreakable prototyping.

Brian Hicks is the CTO of Asteris, a devops consultancy based in St. Louis, MO. He organizes elm-conf US, blogs about Elm (and other things) at brianthicks.com and runs the St. Louis Tech Slack. He enjoys biking around St. Louis, hanging out with his wife, and tweeting about his cat.

I currently work at Synbioz, a web and mobile agency as the JavaScript guy in a Ruby company. I’m building a calendar widget for one of our clients and for an internal tool.

Before that, I made a company that was building a bugtracker that was built in React (with a python backend). The company was not a financial success but quite interesting technically. And even before that, I worked for a video game company (3DDUO) and built web games.

Tomek created elm-live – a tool widely used and loved by the Elm community. As an engineer at Kalo, he crafts delightful user interfaces and helps shape an engineering culture which allows everyone to unleash their superpowers.

With a degree in Architecture (yeah, building houses), he’s been using Elm for a number of exciting University projects – and a mind-blowing app for makers soon coming to the market.

I build the frontend for Opbeat. Got into Elm and it has basically taken over my life now. I’m in the process of implementing Elm into our React.js codebase at Opbeat and I wrote elm-plot because we needed charts.

Building data management and data visualization apps in Elm since 2015.

Andrey is a frontend engineer at SoundCloud. His journey into Elm was through programming games, most notably elm-flatris and elm-street-404. The latter got him interested in WebGL and then he became a maintainer of the library. Apart from work, he enjoys live music in Berlin and is a yoga newbie.

Noah is a software developer living in Brooklyn, NY. When he’s not evangelizing Elm to anyone who will listen, he’s probably watching bad old movies or playing with his cat, Finn. He works at Gust, where his coworkers will one day succumb to his constant onslaught of Elm-related Slack posts and convert their entire front-end stack to Elm.

I am Nomalab CTO. We are working with Elm from the early beginning of Nomalab in march 2017 and we are now coding in Elm from front to back.

Christophe Benz is a software developer who likes elegant and efficient tools, and is against any kind of fatigue. In that sense he felt in love with Elm in 2016. Christophe is a software developer at Etalab, a French Prime Minister administration in charge of OpenData and digital services, in Paris. He co-developed the front-end of the Open Government Toolbox in Elm.

15 minutes from Orly airport with shuttle.

Want to get involved and help support Elm Europe 2017? We'd love to hear from you. 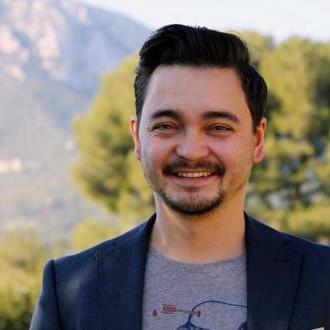